As part of their own contribution to community development, Peace Mothers in Lower Pemba and Kaheimor sections in Malen Chiefdom, Pujehun district have mobilized local resources toward the soap making process.  These include gallons of palm oil and other materials. 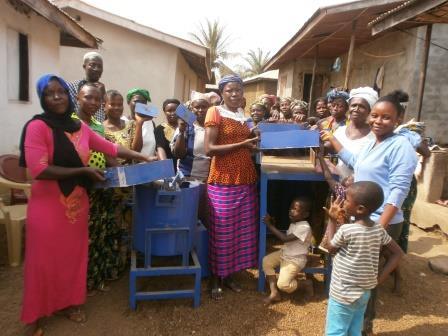 Handing over machine to Peace Mothers

Fudia Moigua, Chairlady of Peace Mothers in Lower Pemba section, extended gratitude to Fambul Tok and Catalyst For Peace for boosting women in that part of the country.  She explained that their only livelihood activity before now hinged on petty trading as they have no land to do farming.  She also assured that neighboring chiefdoms in Bo district would have access to the machine. 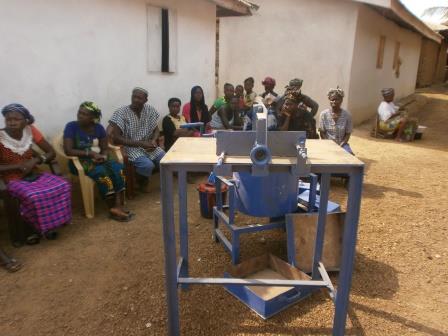 Hawa Kebbie, a representative from Kaheimor section, also extolled Fambul Tok and its partners for providing them with a soap making machine for the very first time.  She used the occasion to call on other organizations to come to their aid especially in post-Ebola activities.

Ms. Kebbie also warned against complacency in the fight against Ebola, adding that even though Pujehun district has gone for over three months without a single Ebola case they should still be mindful that the disease has not been completely eliminated.

The two sections agreed to use the machine on routine basis to boost their soap trade respectively.