A team of civil society activists,youth representatives and members of the Koinadugu Inclusive District Peace and Development Committee will leave Kabala township tomorrow,September 16,2016  for Falaba and other villages in the Sulima chiefdom.

The rationale behind the visit is to sensitize community members and intending candidates for the sectional and township elections in Sulima chiefdom.The elections are slated before the end of the year. 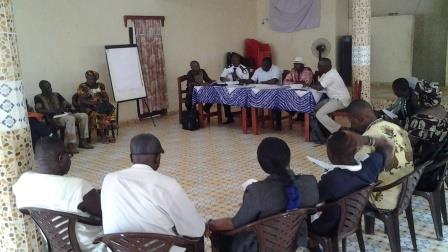 About two months ago,the Inclusive Committee played a vital tole towards the restoration of Chiefdom Speaker of Sulima that was suspended alongside other chiefs for violation of the ebola bye laws last year.

After his restoration,the District Office in Koinadugu scheduled dates for the conduction of sectional and townships elections in that chiefdom.The process was postponed due to the misunderstanding of the Chieftaincy Act of 2009.

According to some community members, those who were in acting positions before the declaration of dates for the elections had thought they are already qualified to contest.Some were even alleged to have said that since they have already acted in their various capacities there was no need to change them.

A date was set by the District Office to conduct elections but due to the momentum  everything was put on hold. 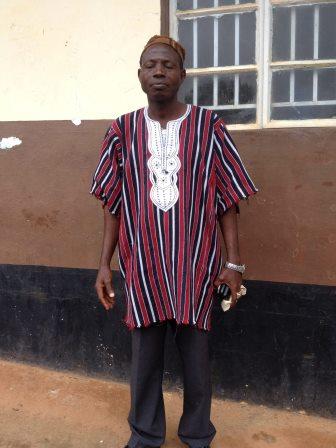 According to the District Officer,Ajina Mansaray,the Chieftaincy Act of 2009 stipulates that in order for a candidate who acts for a specific period to be qualified for both sectional/town chief elections,he/she should resign six months before the elections but not much sensitization has been done to teach community members on the provisions in the Act.

In its end of month executive meeting,IDPDC resolved in partnership with other civil society  to collaborate with District Office to sensitize community members on the Chieftaincy Act so that they could be reasonable enough to understand the process and allow the smooth and peaceful conduction of elections.

The team will hold town hall meetings with community members in different locations.

For the past years,the collection of revenue(property tax,local tax,evacuation fees etc) by local authorities on one hand and the Moyamba District Council on the other had been very difficult.This is the fact that the relationships between local authorities and Council have not been cordial.This could also be attributed to the unclear and undefined roles each party should play as stated in the Local Government Act. 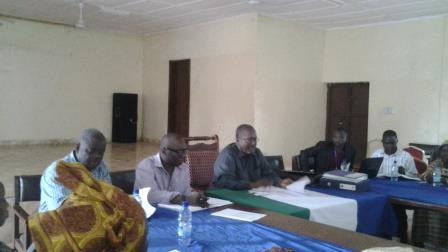 According to Council,it has not been receiving revenue from chiefdoms for the past years.On the other hand local authorities have equally accused Council of  not getting their own share of taxes collected in their various chiefdoms .

These allegations and counter allegations continue and affect development of communities.

Due to this ugly situation,the Moyamba Inclusive District Peace and Development Committee(IDPDC) has,at the end of a one day executive meeting resolved to organize a forum for community members,Paramount chiefs,Members of Parliament and Councilors.

The rationale behind the dialogue is to discuss pertinent issues especially those dealing with property and local taxes and the collection of revenue in all 14 chiefdoms in the Moyamba district. 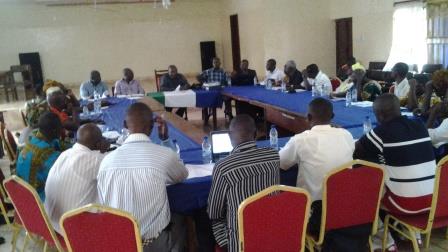 In his statement at the meeting on September 5,2016 at the Council hall in Moyamba,Chairman,Moyamba District Council,Prof Herbert Bob Kandeh,who is also chair of the Moyamba IDPDC,said there are  series of problems in own revenue collection by Council.He told his audience that initially when the Local Government Act came into existence,it worked very well in the first three years but problems started arising few years back due to the unclear roles and responsibiilties of both local authorities and Council.

Prof. Kandeh said although Government plans to review the Act,stakeholders will  also look at it and find ways how they could work together to raise revenue and how it would be shared among Council and communities. 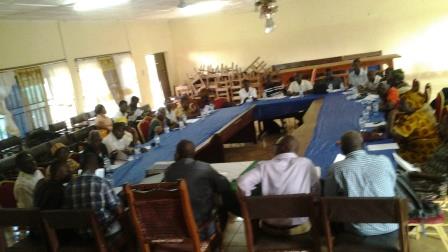 A cross section of IDPDC members from other districts

Paramount Chief Foday Momoh Gulama of Kaiyamba chiefdom lamented over the manner  of tax collection by Council.He said because communities are not benefiting from Council,most chiefdoms have stopped paying taxes few years back.He said traditional leaders should be involved in every aspect of development if Council wants to succeed.

Hon.James Alie appreciated the efforts of Fambul Tok and the committee. He called for possible ways to bring Councilors and community members together so that the issue of taxation should be properly explained.He said if this is not done,revenue generation and collection will continue to lag behind.

Executive Director,Fambul Tok,John Caulker disclosed the hosting of the inter-district conference in November.He said the idea is bring together community members from the three pilot districts of Moyamba,Kailahun and Koinadugu to share ideas and learn from each other.He emphasized that the conference will look at what worked and what did not work for the past year  so that proper planning will be done to roll out the People’s Planning Process

In an open letter to His Excellency President Dr.Ernest Bai Koroma,dated 23rd August 2016,Fambul Tok International Sierra Leone has called for an independent and inclusive panel of investigation into the violence in Koinadugu and Moyamba districts. 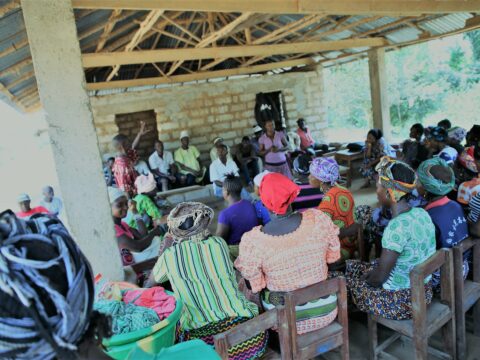 Traditional leaders including section chief of Tangula,Fakunya chiefdom,Moyamba district were taken aback last Friday when it was announced how peace mothers have raised the sum of Le35,000,000(nearly US$4000) through loan scheme. After Fambul Tok trained its structures in that section,women from all 13 villages decided to embark on weekly... Read More >